As a dance instructor, coach and choreographer, Kelly has taught amateur and professional dancers of all ages and classes of all sizes. His extensive list of students includes dance champions and top-ranking solo, duet, and small-group competitors and performers. His expertise in swing dance choreography has been sought by many performers, including the 2002 Junior World Ice Dancing Champions.  Additionally, hundreds of wedding couples owe their first dance to his choreography and music mixes.

Kelly’s impact as a dance teacher has garnered him numerous accolades over the years.  In 2006, he was featured in the February issue of Dance Teacher magazine.  While an instructor and dance director with Arthur Murray Studios from 2008 to 2014, he was named All-Star District Top Teacher multiple times and placed 4th worldwide in 2012. Kelly also choreographed and performed in the 100-year Arthur Murray anniversary professional show, and authored the Balboa dance syllabus that is now in use acrossthe world. As an independent instructor and consultant, Kelly continues to travel around North America to coach other dance professionals in Swing, Hustle, Salsa and other dances.

On the competitive dance circuit, Kelly lays claim to two decades’ worth of titles and competitive rankings.  He was named both the Midwest Invitational Hustle champion and the World Fast Dance champion in 2003. In both 2014 and 2015, Kelly captured the professional Jack-and-Jill champion title at the American Lindy Hop Championships (ALHC), and in 2016 took first place in the strictly Lindy category. He is also a multi-time finalist in other professional Swing, Hustle, Argentine Tango, and Salsa dance contests. Kelly continues to actively compete in the West Coast Swing scene.

One of Kelly’s earliest roles was Director of Ground Control, a hip-hop dance troupe who performed throughout Michigan, including at half-time shows for the Detroit Pistons. During the early 2000s, Kelly was a repeat performer at the world-famous Detroit Skating Club and a member of Michigan’s premier Rueda Dance Team. He subsequently became a principal dancer with the internationally renowned bands Big Bad Voodoo Daddy and Cherry Poppin Daddies. Kelly’s numerous televised performances include multiple local news spots, commercials, and a 2014 episode of the nationally broadcasted Steve Harvey Show. He graced the big screen as a dancer in the 2011 movie The Dilemma starring Vince Vaughn and Kevin James. He continues to perform at venues throughout the Midwest.

Kelly also boasts a running presence on the live and more recently digital music and dance event scene. During the early 2000s, he found himself DJ’ing at Atomic Dog, Detroit’s longest-running Swing Dance Night venue. He also served as master of ceremonies, backstage manager, and DJ for the Hall of Fame Dance Challenge, a traveling tap, jazz and ballet competition. He has judged numerous Swing dance competitions around North America and was master of ceremonies at ALHC from 2013 through 2019. He also continues to emcee at events of all types.  Starting in 2019, Kelly cohosts the online dance-talk podcast series Talk. Dance found on Spotify, iTunes, and anywhere podcasts are found.

Kelly grounds his own dancing in movement, mechanics, and connection – a focus that stems from his background in mixed martial arts, and one that he imparts to his students and online followers. He specializes in Lindy, East Coast Swing, West Coast Swing, and Swing-Era dances including Collegiate Shag, Charleston, Balboa, and more.  He also teaches Hustle, Salsa, American Smooth and Rhythm, as well as many other social and nightclub dances.

With his high-octane energy and in-depth knowledge, Kelly helps people of all ages and levels discover and enjoy pursuing their own goals while creating the magic of dance. 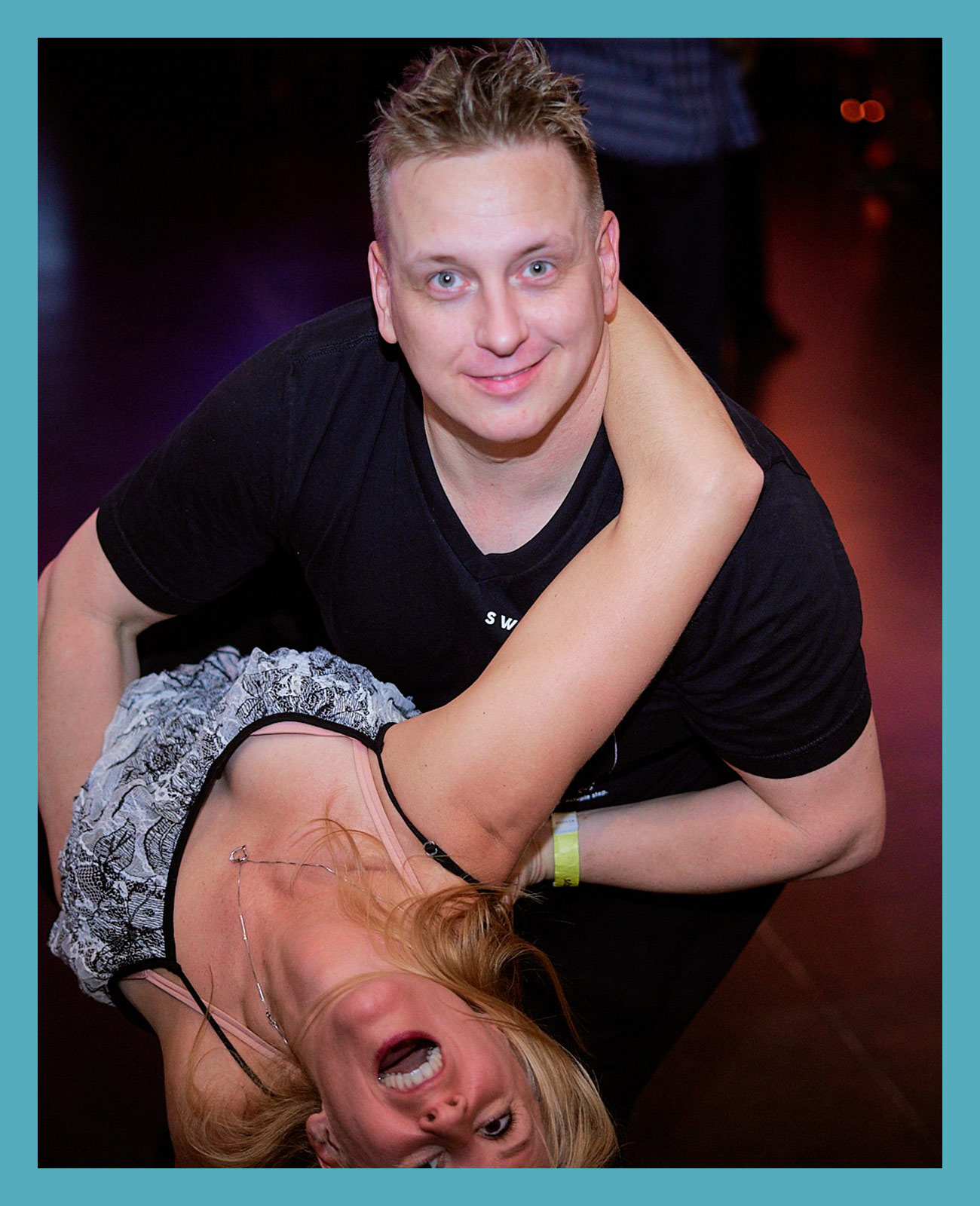